The Chit Process – How it Works

How does a Chit Fund work?

Simply put, the chit fund begins on a specified date and continues for the number of months equal to the number of subscribers. Members contribute their monthly instalments to the pot, and a reverse auction is conducted each month allowing members to bid for the Prize Money.

The subscriber willing to take the lowest sum with the lowest bid is declared the winner and receives the Prize Money for that month. The balance amount is distributed as a dividend among all members after deducting the Foreman’s Commission (5%). The process is repeated each month, thus allowing each member to win the Prize Money.

A Chit fund offers you the unique advantage of allowing you to borrow from your future savings.

Assume a chit fund scheme with 50 members that will run for 50 months, with each paying a monthly instalment of ₹10,000/- to create a ₹5,00,000/- pot. When the auction is announced, the member who bids the highest discount wins the Bid. (40% is the maximum discount anyone can bid as per Law).

In this example, let us assume the winning Bid offered a 35% discount.

The balance amount is distributed equally among the members after deducting the Foreman’s commission. 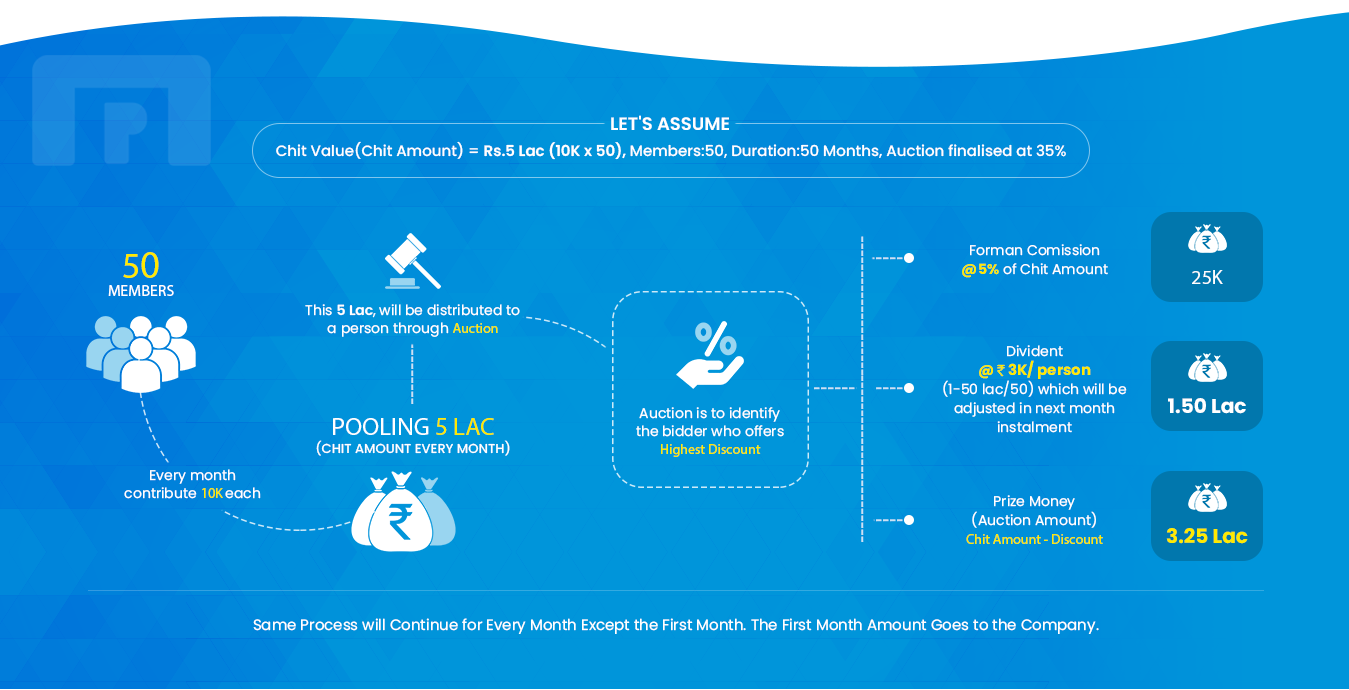 Chit terminology (explained with the help of the above example)

Example of a Chit Table(statement) for the entire period 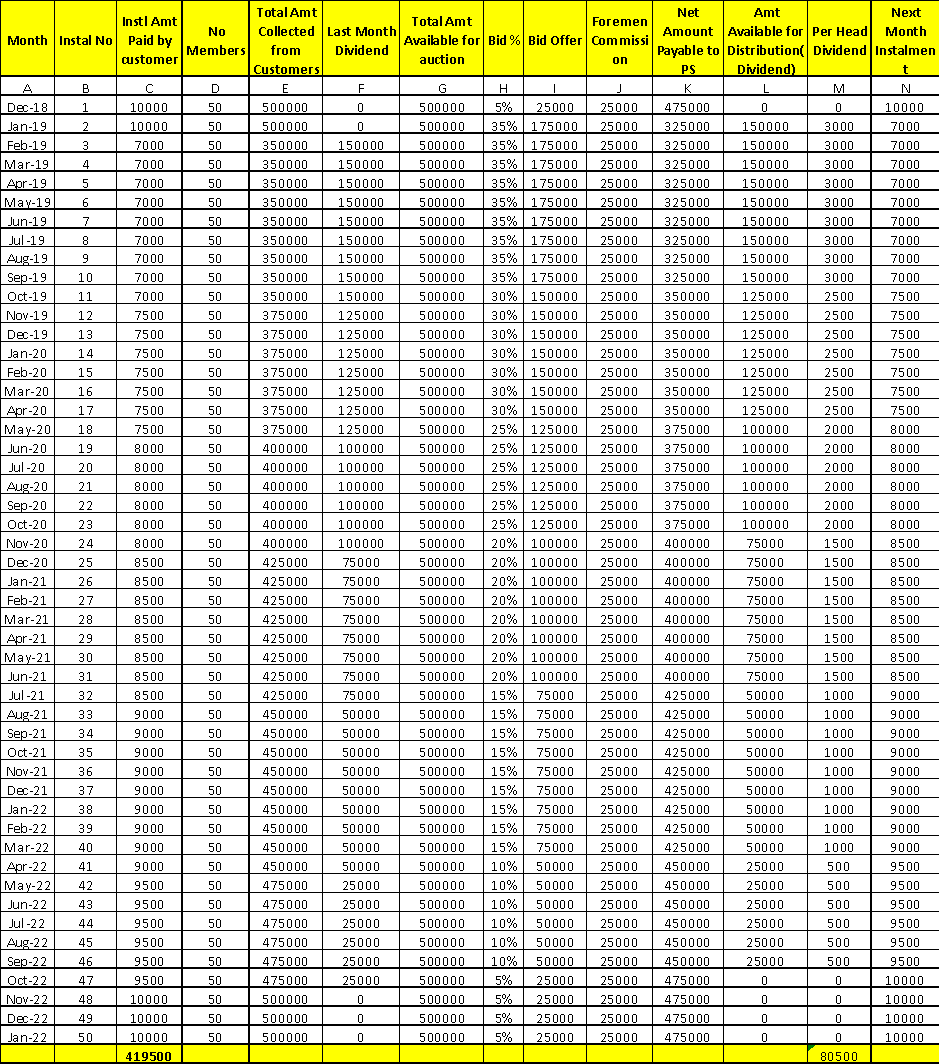 Note:- The above calculation is only an illustration; the actual return is determined by the auction discount decided by the Chit Fund subscribers.

Procedure for the Foreman to create a Chit Group

Activities after receiving Prior Sanction from The Registrar of Chits

Participating in the Auction

A member can participate in the auction for the Prize Money from the second month onwards. The first month’s Gross Chit Amount goes to the company. To be eligible to make a bid the subscriber should have paid all the instalments and not have any pending ones.

Options to participate in the Auction

A subscriber can participate in the auction in the following ways.

The member can either participate online or personally attend the auction in the Chit office on the date and time specified in the Chit Fund agreement.

The subscriber needs to fill in all the details in the letter before signing and sending it to the Chit’s office.